Just a line to let you know we are O.K. Elsie and Ralph were in last Monday night to bring us the “Black Diamond Cheese” which she presented to us as a gift “God bless her soul” They brought Charlie and his family along so we could meet them. I’ll bet that guy was a ‘circus’ from some of the things they told us. I would liked to seen him dragging that “pike” out on the shore over on Tunal Lake. They must have had a wonderful time. Elisie said she didn’t even want to come home, and they couldn’t keep from telling us how nice you and Dad were to them.

[page 2]
Their pictures turned out very good. If they had been in color they would have mine beat a mile.

The fishing at Lake Erie has not been so good the past couple of Sundays. Those darn perch are getting more stubborn all the time, they wont bit on just any old minnow, it has to be a “shinner” if you please and they are hard to get. Week ago Sunday we had a couple here from Worthington with us and the lake was too rough to go out on so we fished in the harbor and caught a few little perch and blue gill. Last Sunday the lake was OK but the fish wouldn’t bit so what are you agona due

[page 3]
Have you had any news from Simon in regards to his taking one of the lots? In case you come home before I get to write again bring all the necessary information and papers with you for me to start the process of getting the one next to you.

Are you folks going to Florida this winter? Lots of people are asking and I’m telling them “yes” We are trying to get Elsie & Ralph to go along and drive with us if we got to make the trip. It wouldnt cost as much as flying although I rather fly its so much fun that way [he wouldn’t say that now!!] and a wonderful time soner.
over

[page 4]
Well that about winds me up for tonight so will close for now.
Love from Ruth & Herman

Just a line to let you know we are O.K. and getting back into the grind of things. Mary Ann and Bill are with us now and I expect they will be for a couple of weeks yet. We were on a neighborhood picnic to night and got to meet a lot of our neighbors for the first time. Of course I had to tell them all about our wonderful vacation. Ruth said look at the full moon tonite and we wondered if you were looking at it to comming up between the Island and the Cove. It is so cool here we turned the furnace on last night and it is down to 52º again tonight 11PM.

Cliff Burch came back to work yesterday and again today, seems to be doing O.K. says he feels

[page 2]
like it was worth all the trouble soon as the soreness is over.

We went up to the cottage last week end and found everything OK except the grass was about to take over, the lake was rough etc. so we just took it easy, cut & trimmed the grass, cleaned the cottage etc. and just visited in general. Too bad about Frank but we were more of less expecting the worst.

Run[?] & Elizabeth were up there so we got all the information. Elizabeth is still pretty much upset. She wants to sell his boat etc. and I expect she will be selling the cottage too.

She gave me his hip boots which I use so much in taking care of the boat etc.

[page 3]
We haven’t been out to see Elsie & Ralph yet but expect to get in touch with them soon. I forgot to mention in my other letter but we see each gained 3 lbs. I though it would be at least 10 for me.

The peaches are just coming on the market at the lake and we got 2 peck for eating & pie baking purposes. Well that about all.

One major disadvantage to growing up as a military brat, is that you don’t get a chance to become attached to ‘place’ or know your relatives, because you aren’t around, or around long enough, to do so. But I am glad that in my case I do have a some great memories of extended family.

Because my dad was stationed at McCoy AFB in Orlando in the late 60s, we were able to visit with my great grandparents, Dick and Dad, several times over the few years that we lived there because they weren’t too far away. My fist real connection to family other than mom and dad.

Although their earlier years were spent in West Virginia, Rachel ‘Dick’ and William Shepard, Sr. ‘Dad’ lived mostly in Ohio raising their family of two boys, until Dad retired from his supervisory job at the post office in the 1950s.

They had had a cottage in Thessalon, Ontario, Canada that they went to often, as early as the 1940s. (I don’t know yet if they bought it or rented it.) Below is a photograph of the cottage in Canada that gramps is always mentioning in his letters to his parents, where the fishing was fine.

When Dad officially retired, they went down to Safety Harbor in late 1956 where they rented a place in the area until they could find the perfect winter retirement home. (We know this because their son Herman wrote a letter to them in Dec of 1956 asking how they were liking their temporary accomodations.)

By December 26, 1956 they had found their spot, and it was at this time they purchased their second vacation/retirement home at 305 7th Ave N in Safety Harbor, Florida, near Tampa. The place that we visited several times in the late 1960s and early 1970s.

So in this post I thought it would be fun to do a sort of slideshow from past to present on the house I remember visiting in Florida.

In the above second picture you can see the tree is much taller, there are awnings added to the windows, and the front entrance/patio area is now enclosed. Everything else is pretty much the same.

Dick passed away in 1986 and the house was sold sometime later that year by her son Herman.

Now for the shocker, here is a 2014 image of the property from Google street view:

These are images posted in 2002 when it was for sale and the outdoor shots look pretty close to the 2014 images: 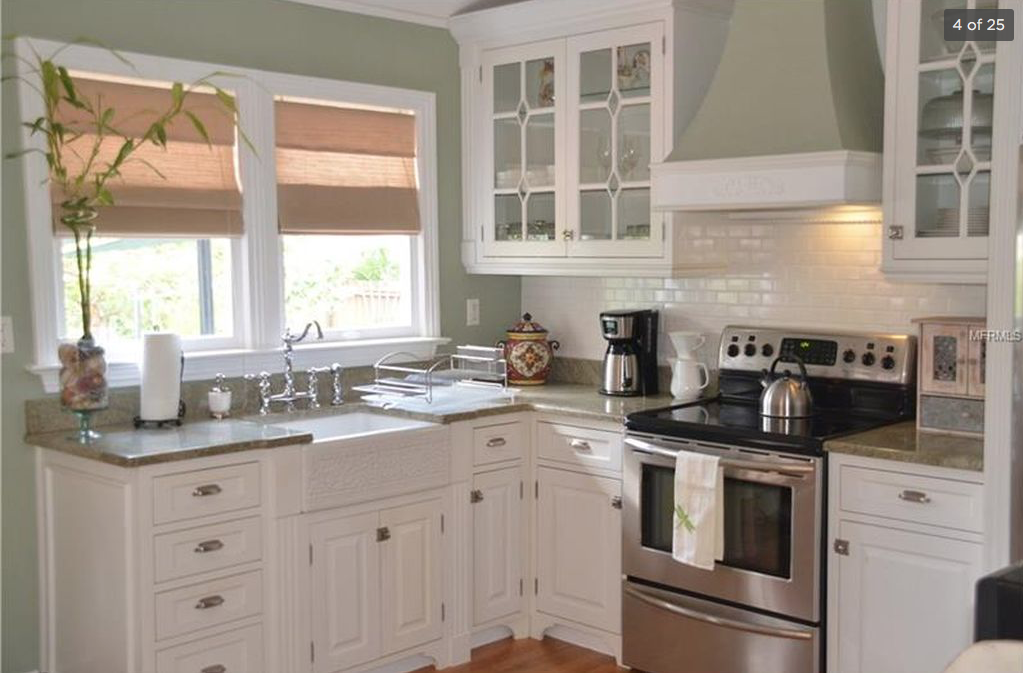 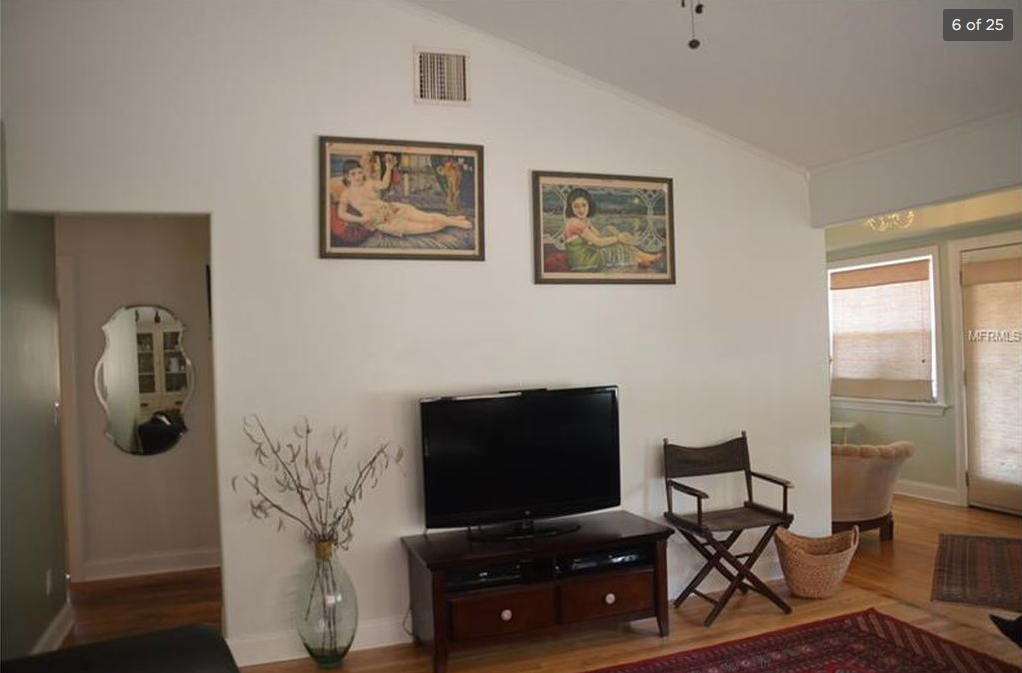 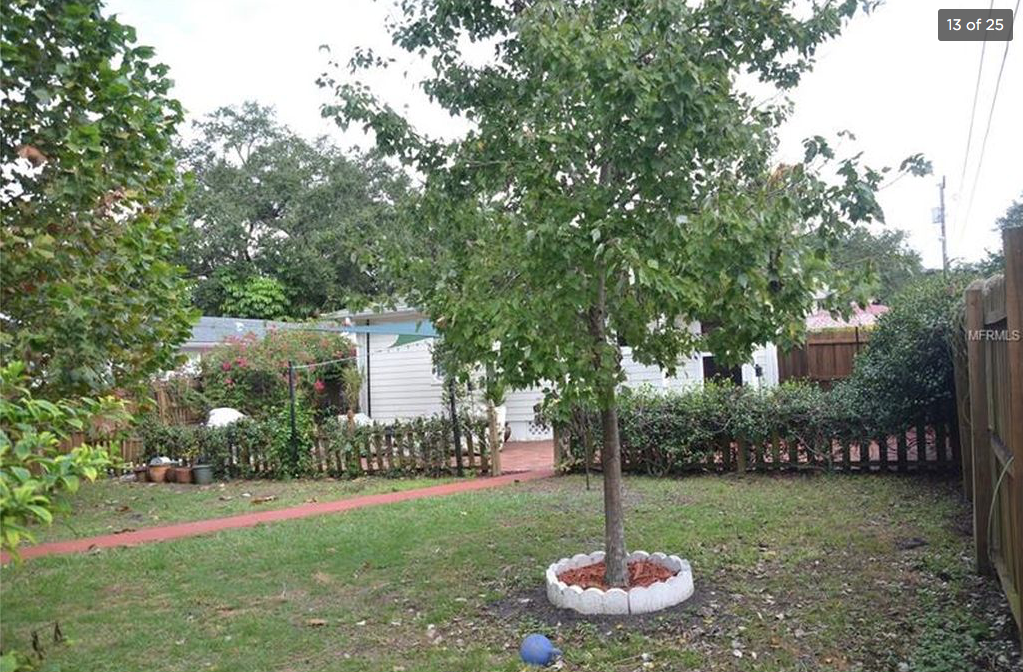 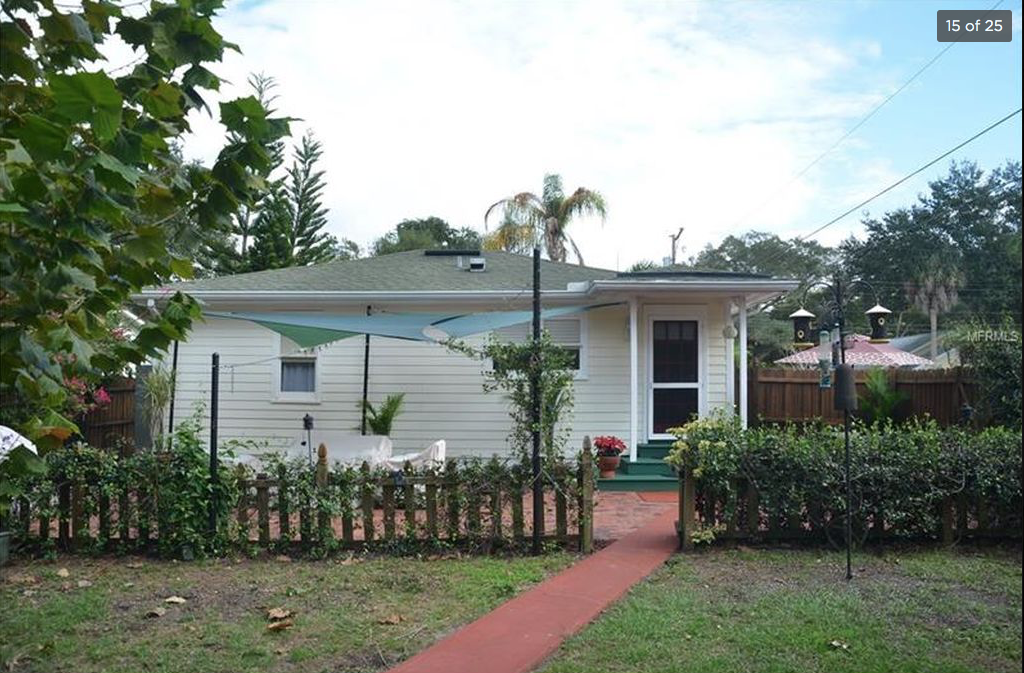 Quite a difference from the 50s though! That kitchen sure doesn’t look the same. The property sold for $74,000 in 2002, and it is currently valued at about $185,000, for 916 sq. ft. of living space. I like the improvements, although the carport/garage doesn’t look like it has been worked on at all. (It looks like someone tried to sell it in 2015 for $225,000, but it was only on the market for a couple of months before they unlisted it.)

Because the city used crushed shells, instead of gravel, in the driveway, when we visited I would go looking for cool shells when I got bored with all the adult talk. I still have some great finds in my shell collection.

Interesting fun fact: According to the 1959 directory for Safety Harbor, Lois and William Shepard, jr. were also living at this address. My grandparents. (Hey Mom, I don’t remember you mentioning this.)

What a fun drive down memory lane.